The City of Greenville has six Council districts which are defined by ordinance. The boundaries are subject to review every ten (10) years by the City Council to insure equal voting rights for all citizens under state and federal law.

The 10-year review shall occur by February of the year following the year of release of the full decennial U.S. Census. If during the review any district is found to include a number of residents that is more than fifteen percent (15%) higher than any other district, the Council district boundaries shall be redefined by ordinance to compensate for that disparity.

Any such ordinance shall be passed by June of that same year, if possible; and the ordnance shall set council districts, containing official numbers of residents, to no more than ten percent (10%) higher than any other district, based on data from the most recent U.S. Census. Council shall only pass such a redistricting ordinance within the confines of state and federal law at the time of the ordinance is passed. 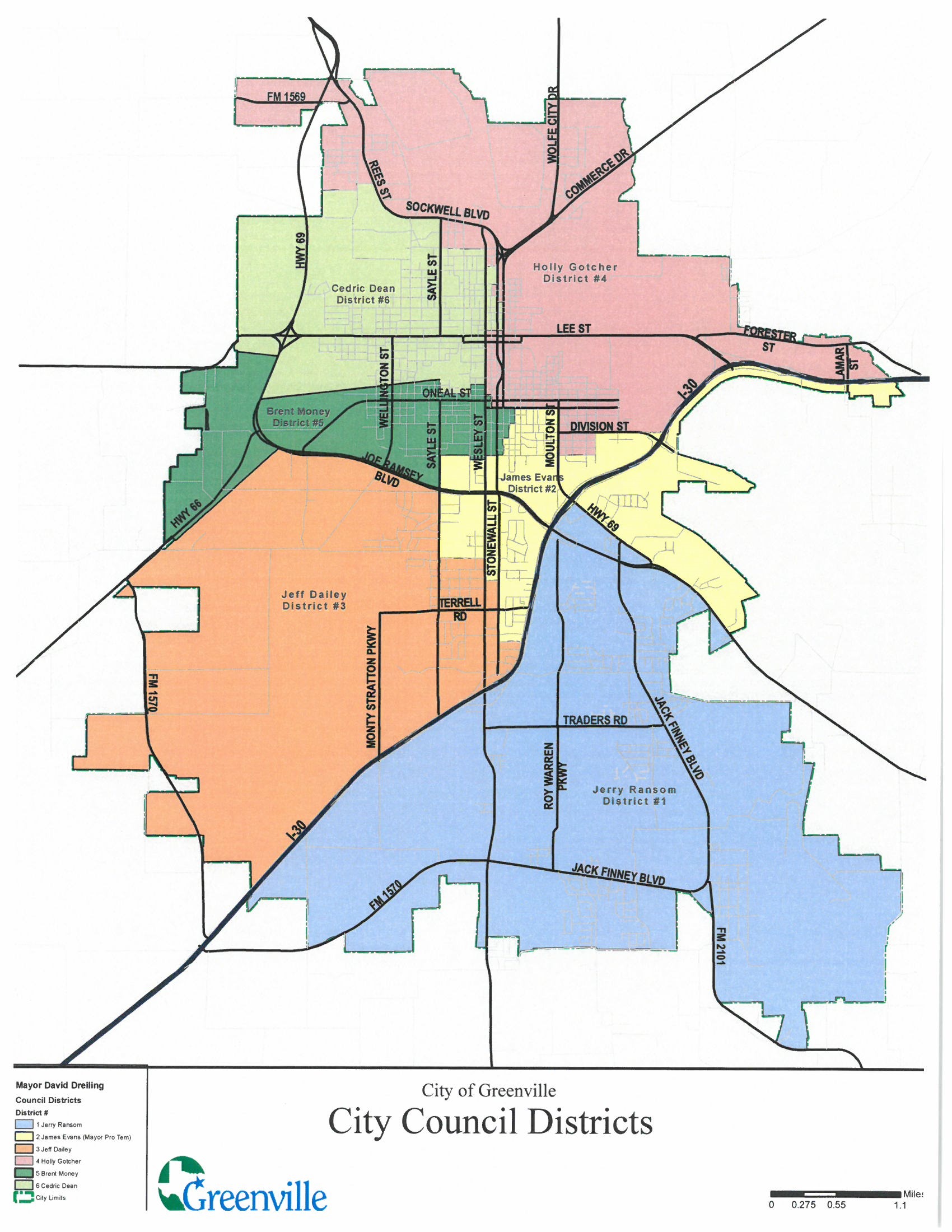